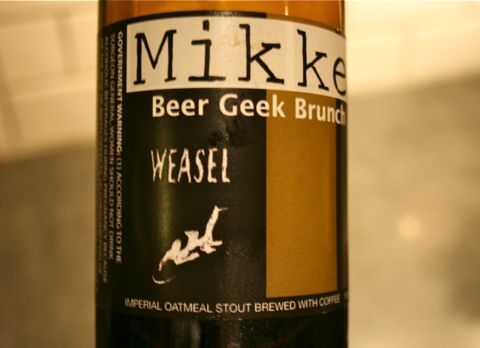 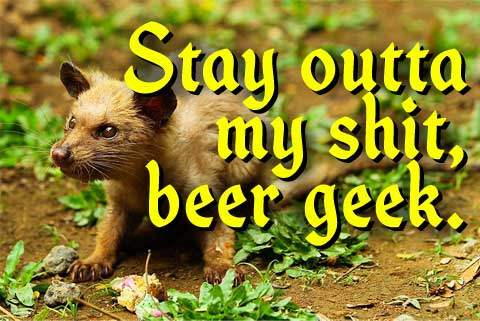 I consider it natural selection. Here’s why:

See, the Civet creatures only pick and eat the best coffee cherries on the bush (beans have a casing around them earning them the name cherries). And as a result of this natural selection, and the process of collecting and sifting through the droppings, Civet coffee became a ridiculously expensive delicacy. You may remember a couple years ago when the trend first blew up and cups of the stuff went for $50. Now Gypsy brewer Mikkeller used these beans to make a special addition to its Beer Geek series. 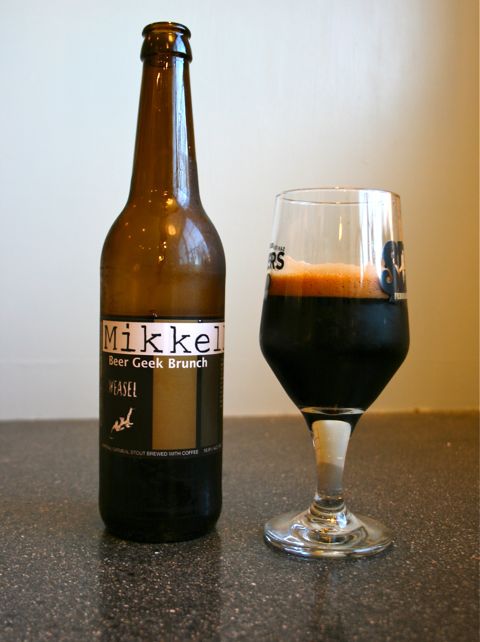 “Imperial Oatmeal Stout made with one of the world’s most expensive coffees. Made from the droppings of the weasel-like civet cat.”

I’ll admit it. I’ve had a cat. I know what “that” smells like. So I couldn’t help but be a little nervous and picture the droppings as I brought this beer to my nose. And especially my lips. But after the first sip all that nonsense went out the window. 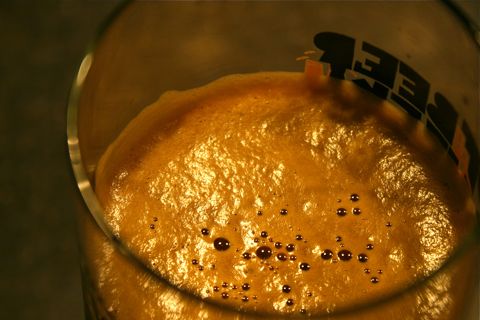 Instead of reeking like cat shit—and really, when you think about it, why would it—you get the incredible smell of dark roast coffee beans, like they were just ground under your nose, with a whiff of hops.

The mouthfeel is wonderfully slick. Each sip coats your mouth in creamy, silky goodness. And is it good. From the moment this hits your tongue you get coffee. Sublimely smooth coffee. Like, iced coffee from a beer bottle, coffee. Terrifically balanced. Smooth the way a good coffee should. And bitter the way a good coffee should. The oatmeal gives it a satisfying, minerally character. Which gets paid off by the rich, luxurious finish of dark espresso, toasted malts, and bright flashes of juicy cherries. The warmth of its 10.9% ABV, though masked fairly well, makes it easy to imagine a hot cup of coffee and a real Beer Geek Brunch. Mmm, steamy cat poo coffee. This is good shit.

Wonder if Firelit Spirits will ever do a batch of Civet coffee liqueur?