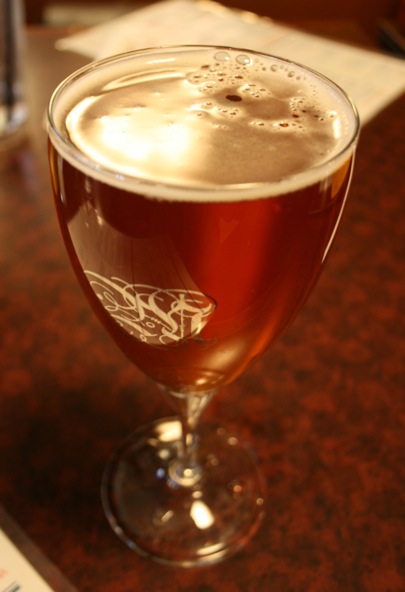 Goose Island Matilda
Popped into the Wrigleyville Goose Island Brewpub while in Chicago and got to finally taste their belgian brew that’s been getting so much buzz, Matilda. Deserved of the attention, this Belgian Pale Ale is sweet, spicy, and boozier tasting than the already-healthy ABV suggests at 7%. Look for this in bombers, too. 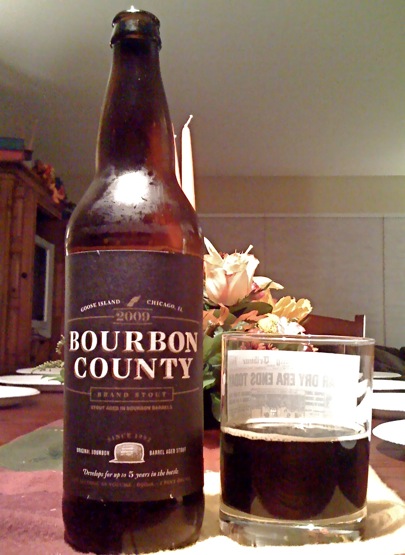 Goose Island Bourbon County Stout 2009
Does this really need to be in a 22 oz bomber? At 14% ABV, really? The answer is: Abso-freakin-lutely. Sure, you’d be more than done for the evening. But this black nectar is so damn tasty it’s worth it.

The best description of this beer I ever read was on Twitter. It was so spot-on that I bookmarked the damn thing:

That captures it. It’s thick yet smooth. Sweet but not cloying. With dark chocolate, molasses, licorice, and coffee flavors abound on every sip. Just like liquid chocolate unicorn dreams. This 2009 bottling tastes a little harsher than the 2008, but am sure it’ll smooth out in time. The bombers make shelving ‘n aging even more rewarding. 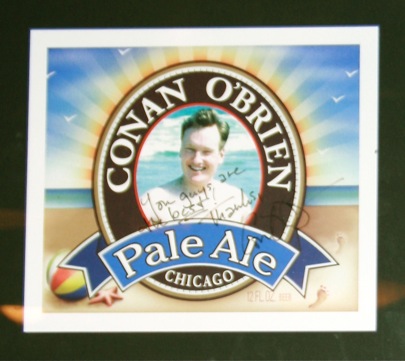 Conan O’Brien Pale Ale
When Conan stopped in here during his weeklong Chicago stint, he helped Brewmaster Greg Hall make a batch of what was originally called Conan The Red but the host insisted on Pale. 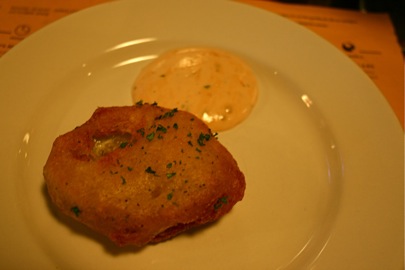 Deep Fried Pickle with Chipotle Ranch at Goose Island
If you’re ever near a Goose Island Brewpub in Chicago get a basket of these bad boys. Kinda like Deep Fried Zucchini, only pickled. And better. Found two pirate-y Belgian ales from Brewery Van Steenberge at the Petaluma Whole Foods. Will either make my booty list of desert-island beers?

Drink up with the Umlaut…