Matt Damon dons a fake moustache in this fun little fake-real car commercial for Cars 2 (via AdFreak). Of course it’s not Stu Stubin‘s car lot located in Emeryville, it’s Pixar. But whether you call the phone number at the end or catch the “secret” interruption, you’ll find the following transmission (no pun intended) … 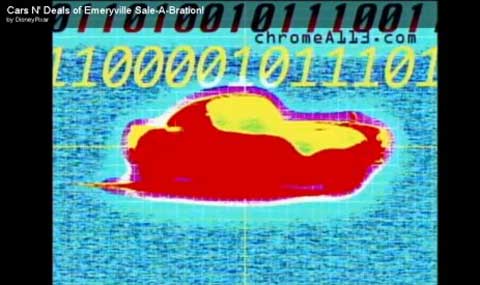 That jump cut at the end had a heat-vision view of Finn McMissile, the new Cars 2 character voiced by Michael Caine, and a URL. The site redirects to the awesome footage below…

Ivan Guerrero‘s latest Premake is a groovy one. Here’s all the clips that went into it: END_OF_DOCUMENT_TOKEN_TO_BE_REPLACED

Pogo takes sound and visual bits from flicks and remixes them into entirely new music/videos. What a cool idea executed wonderfully. Oh, and he’s 21. 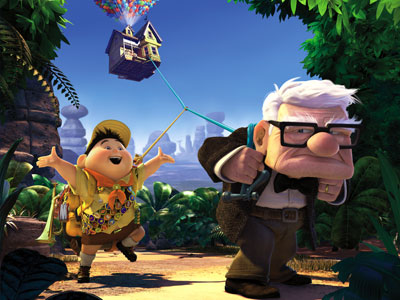 SPOILER ALERT If you’re one of the 7 who haven’t see this yet,
go see it fer’chrissakes. It’s magnificent.

SlashFilm has a list of all the fun little references hidden in Pixar’s Up. A lot are super micro in-jokes, but interesting nonetheless. (via Pixar Blog)

Also, SFGate’s The Poop has a neat story-behind-the-story on the Merritt/Oakland bakery Hamburger Cake reference, too. Check it out.