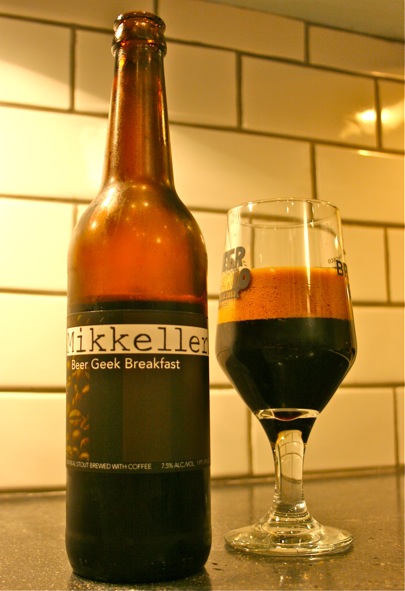 I tried Beer Geek Breakfast at Oakland’s Trappist on my way to the launch party for Firelit Spirits Blue Bottle Coffee Liqueur. A fitting pre-party beer, yes. But after the festivities I was a little too “fuzzy” for a proper review. So I finally tracked down some more. Huzzah.

This is one of those beers you want to drink way faster than you should. Just glug-glug-glug. Like chocolate milk. Dangerous.

It’s big, but not heavy. At least not like you’d expect from an imperial oatmeal stout brewed with coffee by a gypsy named Mikkel Borg Bjergsø.  The mouthfeel is smooth ‘n round like milk. Or sweet cream.  Then the taste hits with a sharp, bitter tang of roast espresso, chocolate, and molasses, finishing with faint hints of anise. Hot damn. Very satisfying. Keep your eyes out for this or any other Mikkeller brews—really interesting stuff. 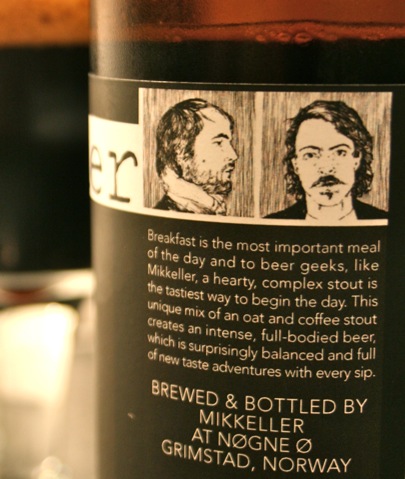