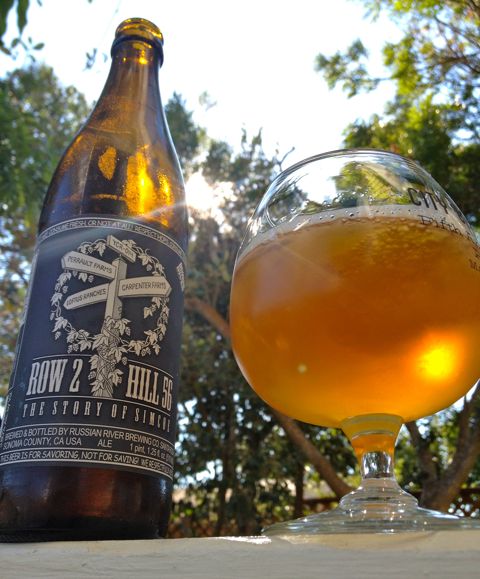 Bottled less than a month ago in a very limited (for now) single batch, Russian River‘s newest beer Row 2, Hill 56 is starting to hit more Bay Area shelves. I found mine at Wilibees in Petaluma. They only had two cases and thus had a four-bottle limit.

Being used to such finely-crafted flavor explosions from Russian River (Blind Pig being my fav) I was really expecting another hop party in my mouth. Instead, I got a very subdued but nonetheless delicious Simcoe-focused experience. Super balanced (no surprise) and clean. If you’re lucky enough to be in the Bay I suggest hitting up the source and having it on tap in Santa Rosa.

So, what’s with the name and the Simcoe?

“Row 2, Hill 56 is our nod to the 3 Simcoe growing families in Yakima and a reference to the exact location in the experimental hop yard where it was first developed! 100% Simcoe hop pale ale, 5.8% alcohol, and being bottled for the very first time today! … Sending a small amount out for local distribution and some to So. Cal, but that’s all we have for now! We only brewed one batch, so it will not be regularly bottled.“ 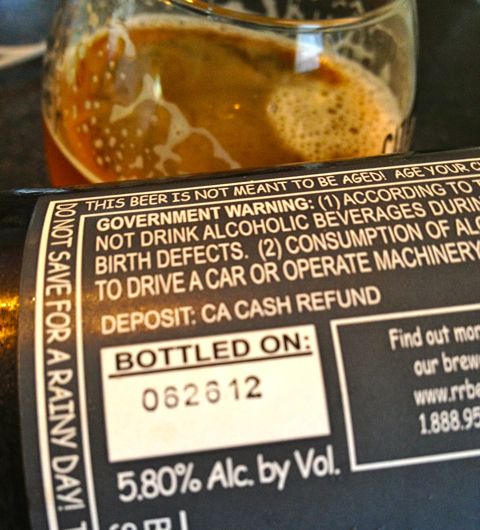