Much to add to your shopping list on this week’s 5ive. Enjoy thoroughly.

Porcelain Raft “Drifting In And Out” [follow]
from Strange Weekend

What a week of surprises. An earthquake rattled NYC. Steve Jobs terminated himself. And a hurricane’s coming out of nowhere to slap the NE somethin’ fierce. So why not some equally unexpected collaborations, covers, and other tunes? Damn right. Enjoy thoroughly.

END_OF_DOCUMENT_TOKEN_TO_BE_REPLACED

A rompin’ stompin’, and very promising, new Wilco tune. Plus, some mellow-vibed lovelies to ease into the weekend. Enjoy thoroughly.

Other Lives “For 12″
from Tamer Animals

Bon Iver “I Can’t Make You Love Me” (Bonnie Raitt)

END_OF_DOCUMENT_TOKEN_TO_BE_REPLACED

One fantastic set of new tunes. And a lil’ bonus. You know, for the Rapture. Enjoy thoroughly.

Something Fierce “Empty Screens”
from Don’t Be So Cruel

Here We Go Magic “Song In Three”
from The January EP

It’s been a long year, everybody. But we’re gonna make it. Look it’s already February …

Fredrik “Mujina / Locked In The Basement” from Trilogi

Peter Gabriel “Flume” (Bon Iver cover) from Scratch My Back

Couple great soundtracks hitting the market you should definitely pick up. Plus, a couple bands you may not have heard enough of. Yet.

Some new tunes, some live tunes, and some bonus tunes (in tribute to last night’s show). Enjoy your weekend, folks.

Devendra Banhart “Baby” from What Will Be
Fool’s Gold “Surprise Hotel” from s/t
Beirut “Nantes” (live) from KEXP 03.10.2007
The Ruby Suns “Oh, Mojave” from Sea Lion
Rattail “Keeper” from self released 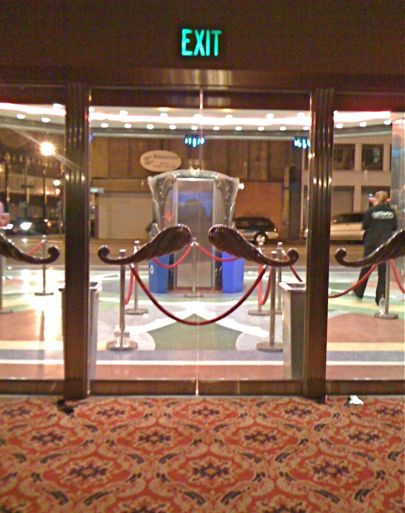 Spotted these handlebar door handles at last night’s Bon Iver show at the Fox. I know I’ve got Whiskerino on the membrane, but these were just too rad not to share. 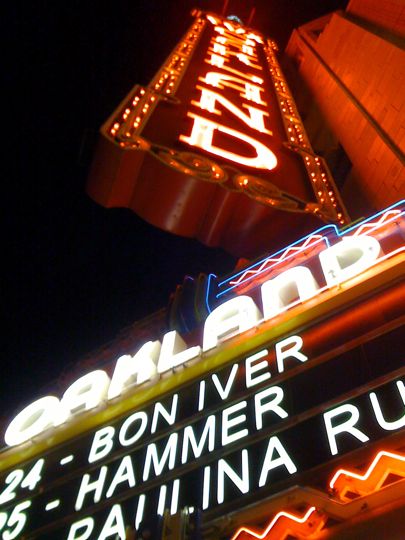 What a weird, weird afternoon. Here’s what’s swirling between my ears:

Twink “Pussy Cat” from The Broken Record
Now, Now Every Children “Cars” from Cars
Volcano Choir “Islands, IS” from Unmap (Bon Iver side project)
TV On The Radio “Mr Grieves” (The Pixies) from Young Liars
The Breeders “Do You Love Me Now Jr.” (feat. J Mascis)
from Divine Hammer EP 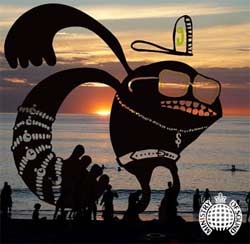 A little sloppy in the beginning, but things start jelling ’bout halfway through.

Remixed by the 1-man, 9-piece wonder collective team9 for one of Ministry of Sound‘s Chilled Out comps. Download all 12 tracks here.

The Marmalade “I See The Rain” from Nuggets II
The Dodos “Walking” from Visiter
Joe Strummer and The Mescaleros “Johnny Appleseed” from Global A Go-Go
The Radio Dept. “Pulling Our Weight” from Pulling Our Weight EP
13 & God (The Notwist x Themselves) “Perfect Speed” from s/t

BONUS: An extra one for the long weekend …
Bon Iver “Your Love” (The Outfield) Live @ Music Hall Of Williamsburg 12.14.08

Live in some L.A. park (via Trials + Tribulations)
This was 6 months ago, but new to me. And you?