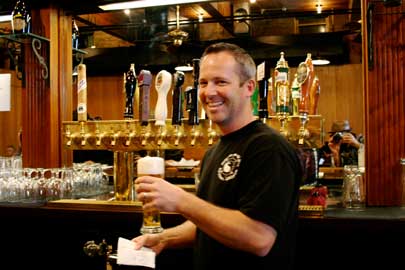 TAPS in Petaluma opened this weekend and we stopped in to check things out. Technically in “soft opening” phase, the place is looking terrific. Between TAPS, the Lagunitas TapRoom & Beer Sanctuary, and Dempsey’s Brewpub, Petaluma’s become quite the destination for beer geeks. I couldn’t be happier.

This new destination is a group effort from Eric Lafanchi (pictured), his brother, and Eric’s wife Wendy (not only co-owner, but also the driven, determined, secret-ingredient to Taps’ existence). Together they’ve culled a tasty tap and bottle selection for both Geeks and regular Peeps alike, thanks to some expert input by Mario the Brewsario behind Brewed For Thought. And since they happily offer samples of anything tapped it’s a great place to experiment or just knock back a few. Wash it all down with fries and $4 sausages & dogs, and you’re all good. 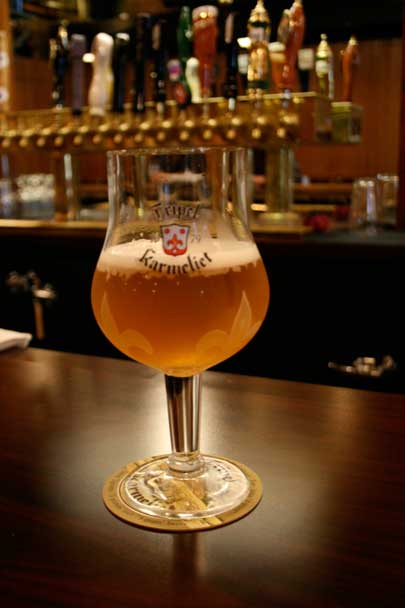 First up was this amazingly creamy ‘n biscuity Tripel Karmeliet from Bosteels, in respective glass and coaster no less. Most of their beers are served in corresponding glassware. All others get the curvy, English-style pints, thankfully not the flat shaker pints (which really just bore me). Details, folks. 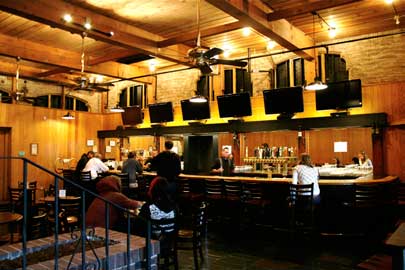 On top of about 30 taps and over a dozen bottles, they’ve got six flatscreens. Count ‘em, six. All will be fired up for the big game(s). 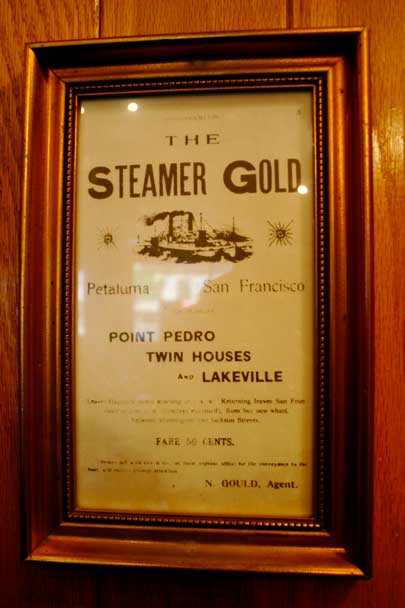 The guys have been unearthing artifacts hidden in the basement of 1923 landmark Hotel Petaluma. Shown here, a vintage flyer for the Steamer Gold paddle wheel. You could ferry from the wharf at Washington & Jackson in SF all the way up to Lakeville landing in Petaluma for 50 cents. My bus ride costs $8.50. Each way. 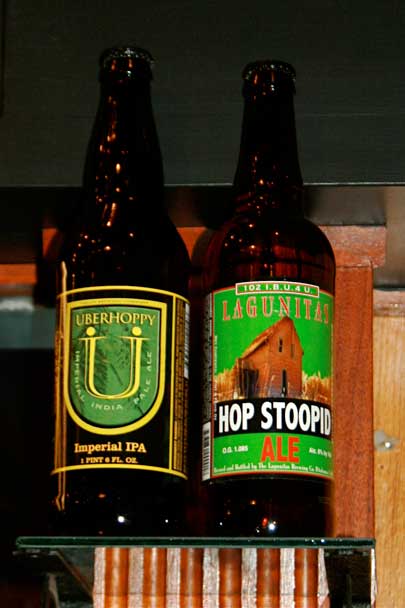 Get a load of that Umlaut! That’s a bomber of Valley Brewing Überhoppy next to Lagunitas Hop Stoopid. 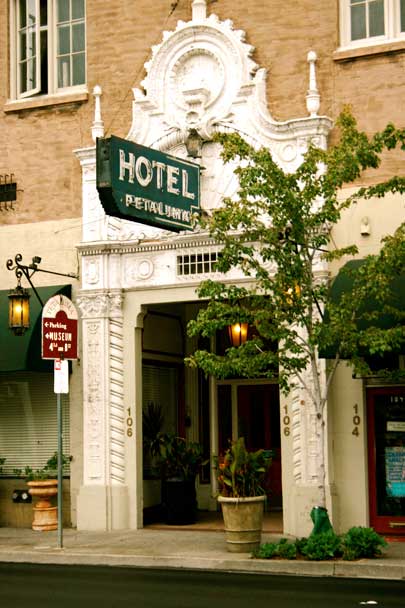