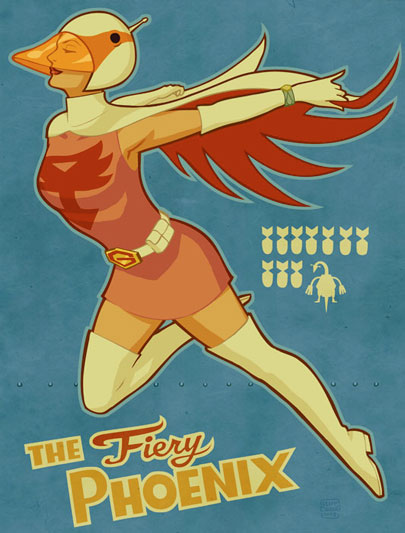 Cliff Chiang, the same guy who remixed album covers with DC Super Heroes, also did a mini set of Super Heroines done up like Vargas and Elvgren style pinups called Atomic Bombshells. You can buy miniprints of the set for only 20 bones. Update: The miniprints are sold out. Bummer.

As for Battle Of The Planets, I had to wake up pretty damn early to watch this when I was a kid. Here’s the trailer for the original cartoon, also known as Gatchaman: