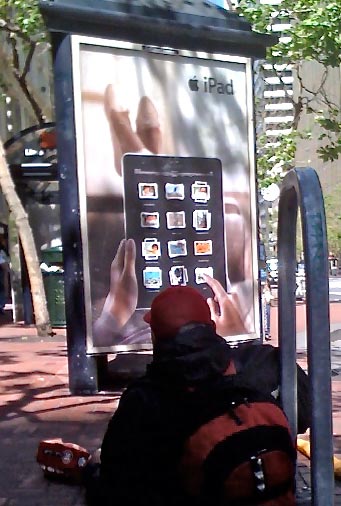 They were lined up perfectly. Like, “you complete me” perfectly. Half man. Half Apple ad. A creature out of Greek marketing mythology. If only my crappy iPhone camera captured it more clearly. And that’s the smallest irony of this picture.