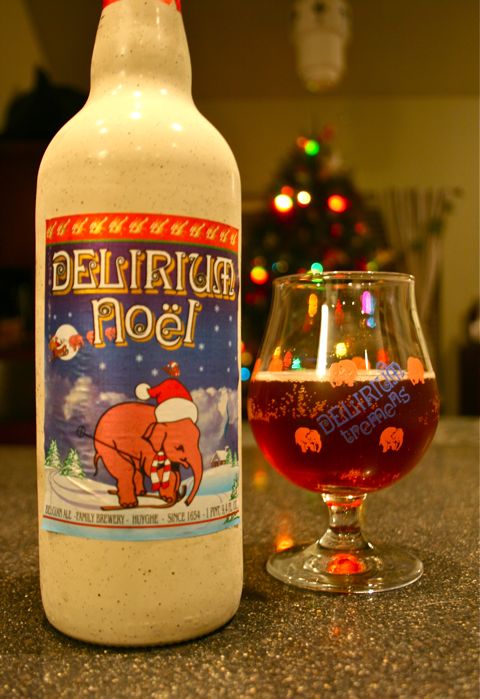 Christmas beer with an Ümlaut? It almost didn’t make it home unopened. 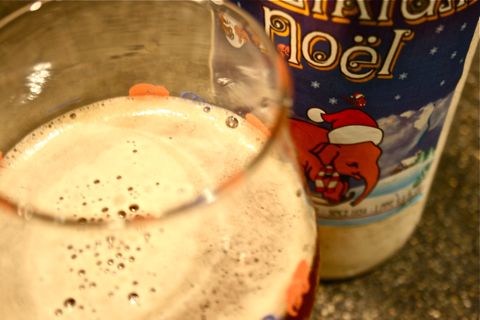 or Delirium Christmas ale (depending on where you find it), smells like dark fruit, maple, and bread. Pours darker and redder than the golden Delirium Tremens I’m familiar with. Tastes more festive, too.

Let Noël warm up and find a lot going on. Rich, fruity notes like green apples and golden raisins provide a sweet but not syrupy side.  And the bready character and complex Belgian yeasts, not to mention 10% ABV, help make it a seriously satisfying winter warmer. 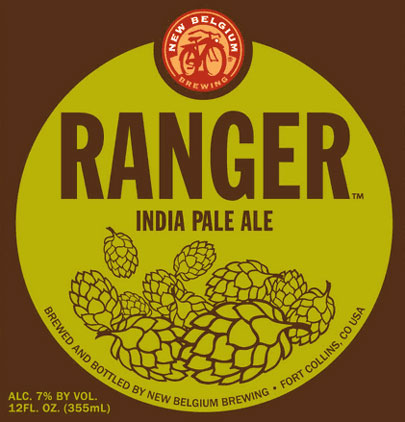 New Belgium is adding a whole new brew to their year-round lineup: Ranger IPA (7% ABV). And they’re taking the opportunity to roll out new label designs, too. Abbey, Trippel, and Mothership Wit will get the new treatment.

I like the new look. A lot. Just not for New Belgium. Sure, it’s graphic, bold, and will no doubt pop off the shelves. But their old labels were more painterly and hand-crafted, befitting of their artisan approach. Their media guy said they’ll be keeping the old design for “beers like” Fat Tire. We’ll see how well the two play together on the shelves. 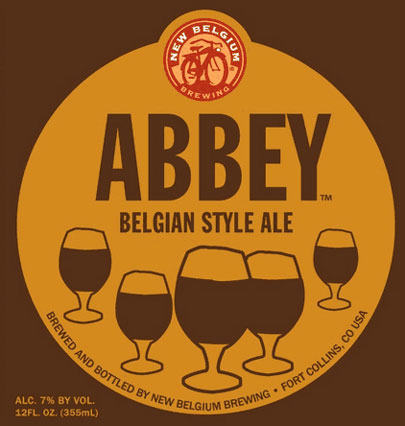 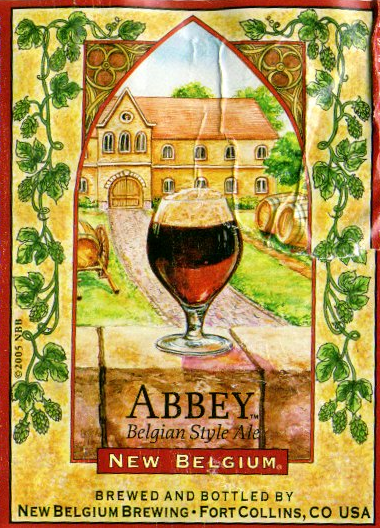 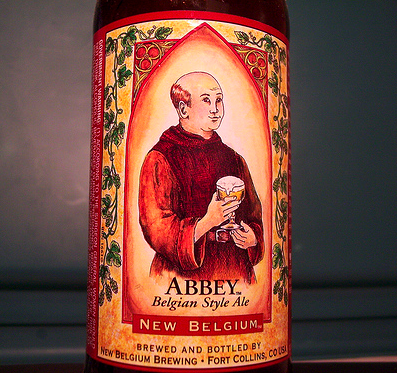 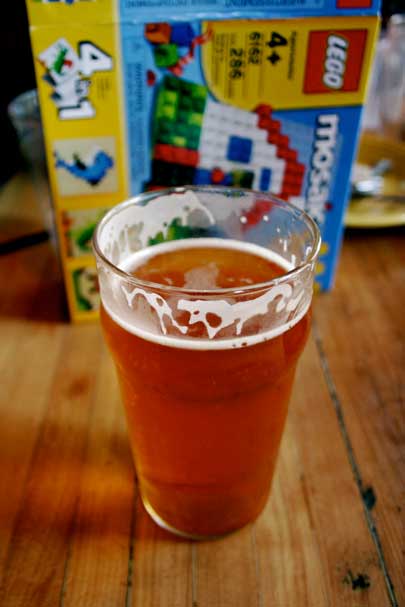 Just a scant 12 miles north of the Lagunitas Beer Sanctuary is another must-visit brew spot, Russian River Brewing in Santa Rosa. If you’re in the Bay Area it’s well worth the trek. Since it’s a restaurant, you can bring your kids if you got ‘em (witness the Lego’s above). Plus, Sunday’s have HAPPY HOUR ALL DAY.

Obstructing Lego’s view above is a frothy glass of Hopfather. If you go, order this for sure. Like a crisper, less oily, but much hoppier Pliny the Elder. So hoppy it prompted my friend Shawn to pose the question, “Can a beer be too hoppy?”. An awkward silence followed. 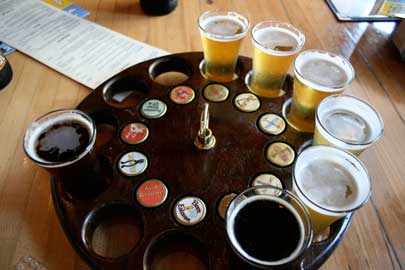 Consecration 10.0 ABV
A dark, sour-aged belgian that may be the first of the sour beers (which are oh-so-hot right now for some reason) I actually appreciate. To the un-sour initiated, it tastes like dark-cherry kombucha. So if that’s your thang you’ll dig this.

Here’s what else was on tap: END_OF_DOCUMENT_TOKEN_TO_BE_REPLACED