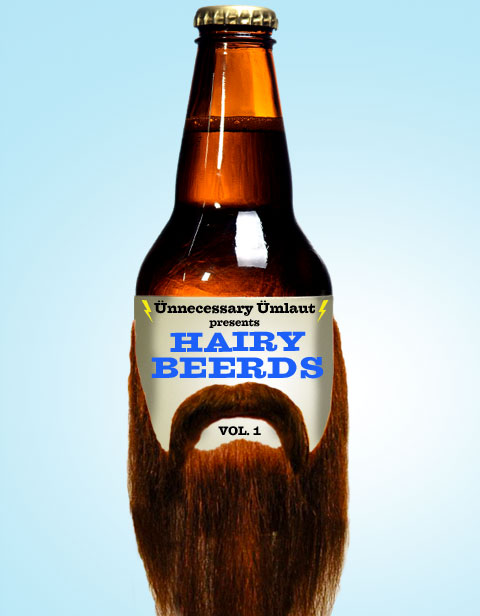 UPDATE: The response to this post led us to create a book, THE CRAFT BEERDS BOOK. Check it!

With Petaluma Whiskerino growing closer, and Lagunitas being one of the many homegrown supporters, we’ve got beer and facial hair on the membrane.

To celebrate, here’s a collection of our favorite Craft Beerds—label artwork graced by moustaches and beards. 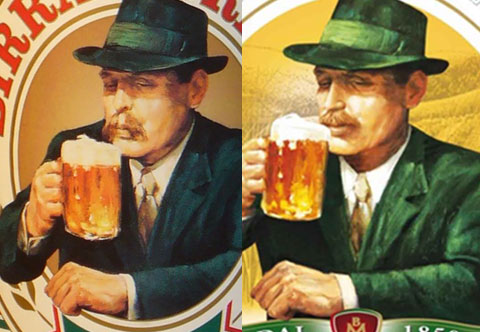 What’s changed? For starters, his Reverse Hitler ‘Stache has grown into a Flanders. Also, his de-aged design has given him the strength to hoist the mug of Moretti with noticeable gusto. Either way, glad they stuck with the man on the label. Referred to as, wait for it, “The Man on the Label”, he’s the official symbol of the Birra Moretti brand. A bit of his history via their site:

… In 1942, Birra Moretti had already been a popular drink all over Friuli for over 80 years. One day, Commander Lao Menazzi Moretti saw a pleasant-looking old man with a moustache sitting at a little table in the Boschetti di Tricesimo inn (Udine).
He was just the kind of character Moretti had been looking for to represent the qualities and character of his beer: wholesome, traditional and authentic.
Commander Moretti didn’t let him get away. He went up to him and asked the man if he could photograph him and also asked him what he would like in return. “Cal mi dedi di bevi, mi baste” – answered the man in Friuli dialect, which means “Get me a drink, that’ll do.” [See his photo] 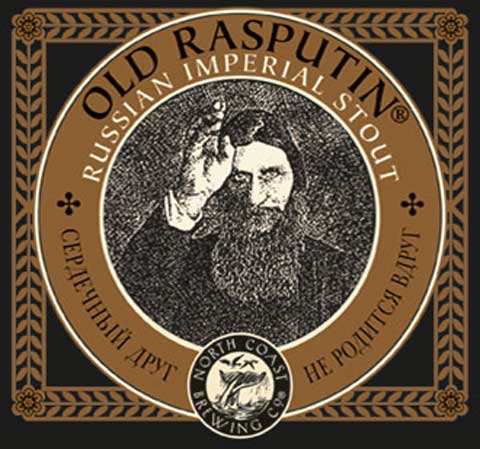 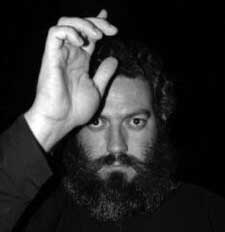 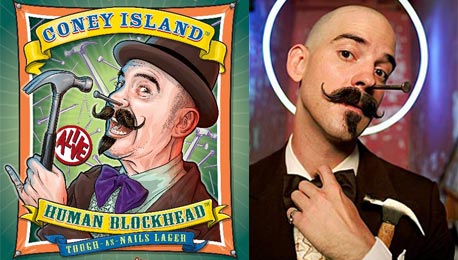 That’s Donny Vomit, the man and legend on the Coney Island Human Blockhead label. Read how he got there at Village Voice. 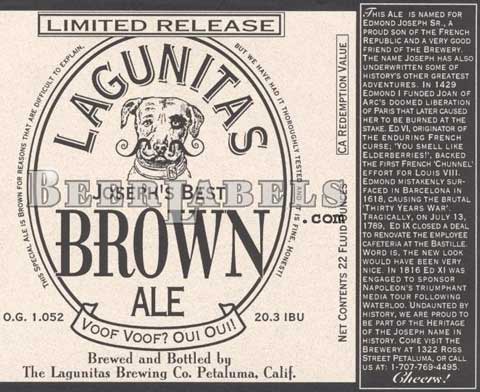 Not sure the date of this long-gone Lagunitas brew, but the label lists their address on Ross Street in Petaluma. So more than five years, at least. See the full label at BeerLabels.com. 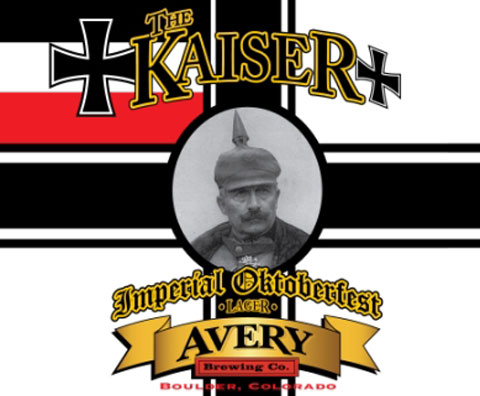 With the spike on his helmet, his ‘stache looks like the fletchings on an arrow. Yes, fletchings are the feathers on the end of an archery arrow. I had to look it up, too. We both learned something today.

Just nabbed a bottle of The Kaiser Imperial Oktoberfest from Avery in Colorado. Look for a review soon. 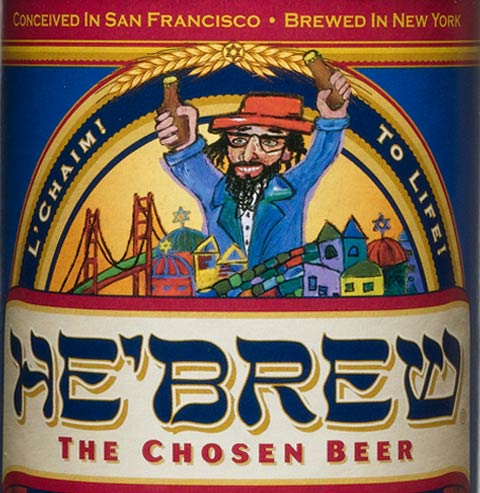 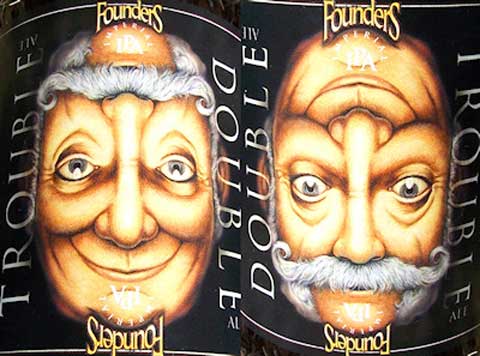 Clever label. If only both views were hairy. Read about Founders Double at Ferment Nation. 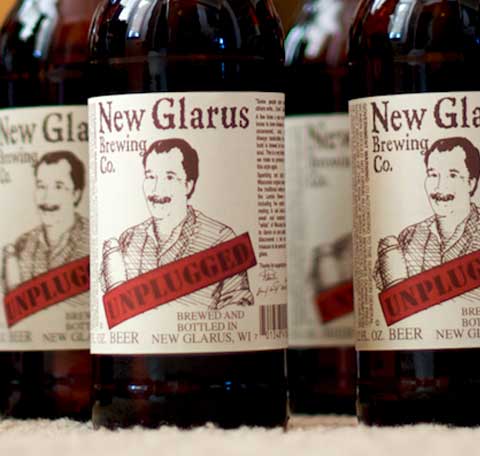 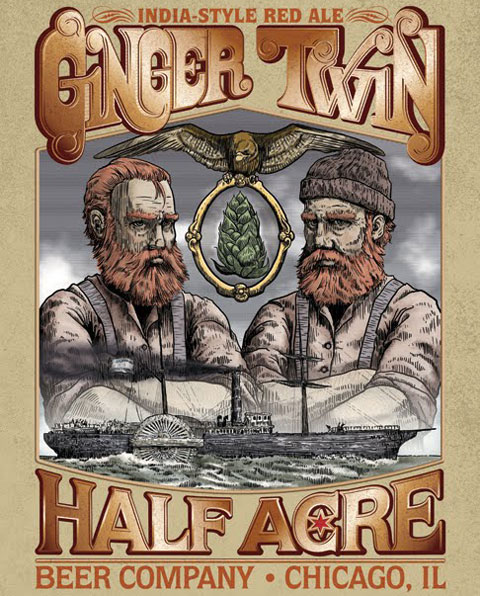 How rad is Half Acre? Aside from being in my motherland, Chicago, they ran one of the most badass promos ever for their Ginger Twin beer: 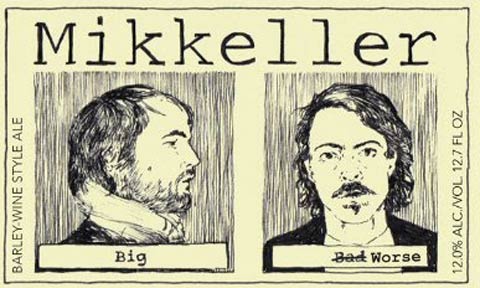 Most of their beers feature the Danish brewing duo’s follicled faces somewhere on the label, but the Big Worse mugshot is one of the better treatments. Haven’t tried yet, but if it’s anything like Beer Geek Breakfast, I’ll be happy. 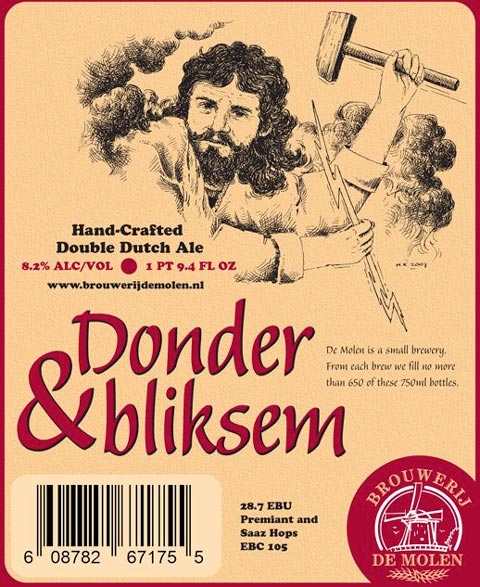 A mighty beard. A majestic head of hair. One good pair deserves another. De Molen‘s Donder & Bliksem (which means thunder & lightning) comes in two versions: the Dutch version, a Pilsner; the US version, a “Double Dutch Ale”. Go figure. 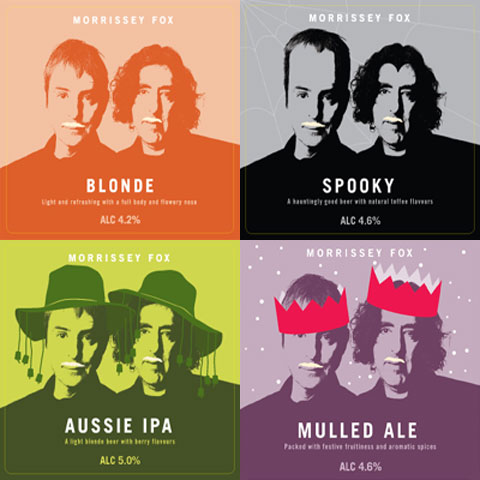 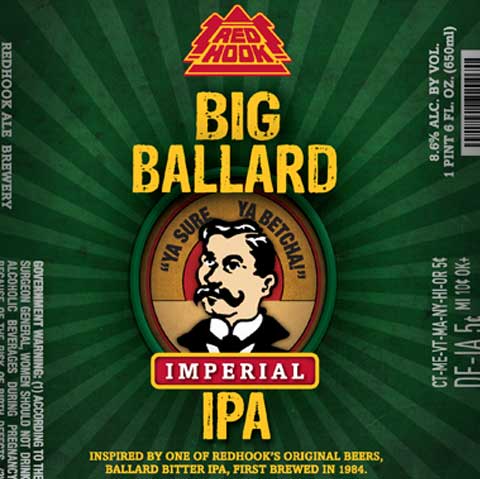 This year Redhook introduced this as a nod to one of their first offerings, Ballard Bitter IPA, dating all the way back to ’84 when they were still brewing in an old Ballard neighborhood transmission shop. (Update: Thanks for the lüv, Redhook!) 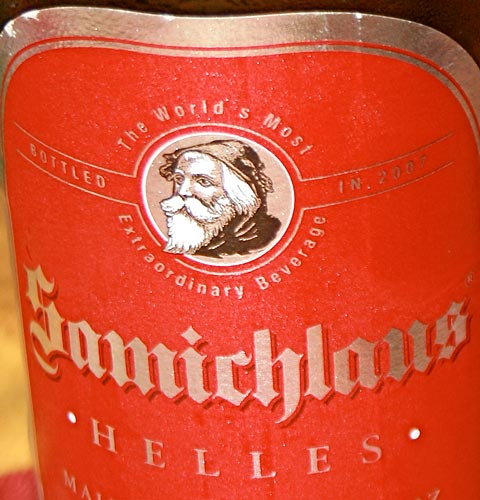 Big white beards on Christmas beers aren’t a rare sight. With one exception—a beer that’s only brewed once a year, on December 6th—Samichlaus. The original and Helles versions of share the same bearded Santa Claus graphic (though I have an older version with just a North Star graphic). A Christmas tradition in the Abercrombie häus for sure.

WHY YOU DON’T MESS WITH BEARD-ENHANCING DRUGS:

RELATED:
Blog Lüv: Thanks to Red Hook for the Hairy Beerd Care Package
Petaluma Whiskerino: Declare Your Independence From Shaving
Ongoing: A Collection of Facial Hair Collections
Drink: How the New Lagunitas Mason Jar Measures Beer
Every Everything: A Collection of Collections
Beer: Samichlaus Helles for the Holidays
Beer: Goose Island Matilda On Tap, Bourbon County Stout Now In Bombers!