Check out the gallery … You can ride Beer Bash. Hell, you can ride it while you drive it. The exposition started on the brewery floor. That’s the tasting room up above. 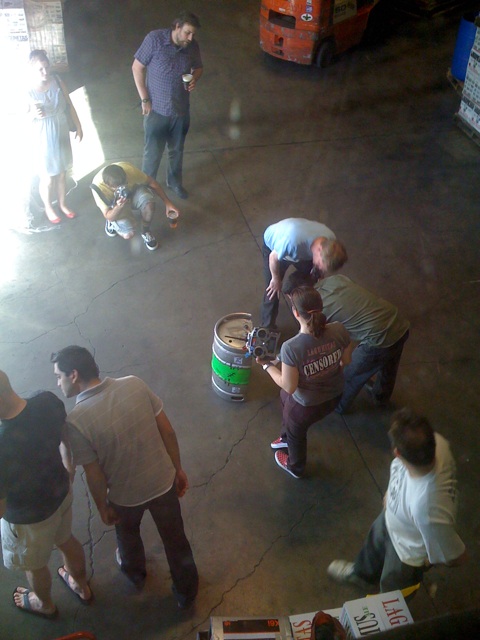 There I am snappin’ a pic. (Thanks for the photo, MissySB!) The seamy underbelly of Beer Bash. Beer Bash smashing a shell of its former self. Thing’s got power. I scored a collection of 2009 RoboGames Trading Cards. Hell. Yes. Lagunitas does FREE brewery tours every weekday at 3 pm.
Go check’em out sometime.