Very cool technology being toyed with that gives you a 3D view based on the position of your head. How? Like CamStache, it uses your front-facing camera for head tracking and then alters the image based on your angle. Pretty damn smart. (via MacRumors)

For me, after a long day at Amoeba, this is what you see when you blink. And it is beautiful. We need more square format videos.

“Let Yourself Feel” dances and swirls like some gaseous, alien life form. Created by Esteban Diácono using just After Effects and Particular.

Esteban used the song “Ljósið” by the band Ólafur Arnalds. The band saw it, loved it, and has now made it their official video. Pretty damn cool. (Thanks, Nick!)

Discovery Channel used a less-cloying version of the Boom De Ya Da / I Love The World song last year and had their show’s personalities chime in, too. The Myth Busters snippet made me smile even more than the big german lug above. Also, the tagline is … wait for it …  awesome.

Freelance animator Najork did these insane street tests of Particle 2.0 3D software from Trapcode. Wish I knew After Affects, I’d be messing around with this right now. (Thanks, Jonathan) 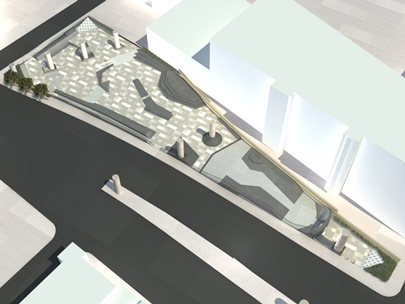 Whoa, this looks sweeeet. Not sure where it may go. Under the 280?
DLXSF has all the pics.

This is a step-by-step demo of a dynamically generated “big city” by Shamus Young. It’s long but worth it. More geekily fascinating info here. 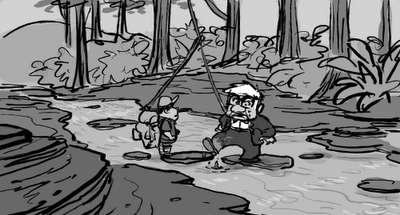 Check out this scene progression from Pixar ‘Up’, from storyboard to final render. So much goes into these flicks, you can almost see why movie tix are now $300 a pop. 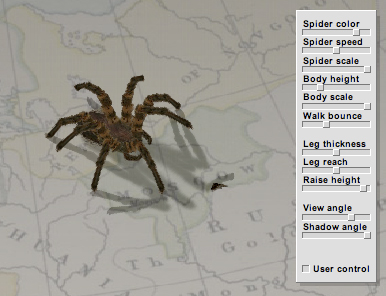 Swedish Designer/Developer, Tomas Eriksson created this Virtual Spider in Flash 3D. He’s got a bunch of other little things to play with, too. Like these Breakdancers. Check out his site. (via WorkForFood)

The piece was created by Obscura Digital and sponsored by McAfee.

Obscura modeled the Mint in 3-D, then used 3DSMax, along with their own proprietary software, to do the media. Add seven HD projectors and you’ve got this awesome spectacle I would’ve stared at all night.

These’ve been floating around for a few months, but worth a second look …

AntiVJ & Crea Composite: Nuit Blanche Bruxelles.
Watch at 3:50. That’s when this stuff’s potential reaches out and slaps you in the face. (more from AntiVJ).

Geek out with the Umlaut … END_OF_DOCUMENT_TOKEN_TO_BE_REPLACED