but is it a ripoff? 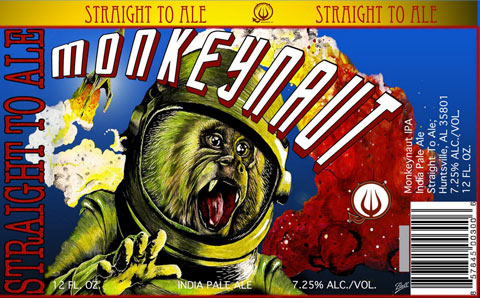 I saw on BeerNews that Hunstville, AL’s Straight To Ale just got approval on their Monkeynaut IPA can label. While the artwork is indeed rad, it sure reminds me of a can that’s been, um, floating around for almost a year now… 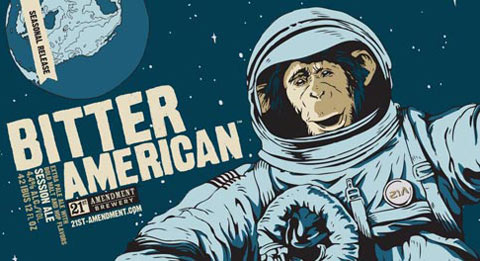 Just because 21A‘s has been around longer doesn’t mean Straight To Ale‘s Monkey is a hack job. With so many regional beers poppin’ up it’s hard to keep on top of it all. And they’ve got a couple astro-themed beers, including one for the dognaut, Laika. However, Bitter American isn’t just some local brew. Not only is it getting a decent distribution push, the design itself has received national and even international press thanks to the talents of its London-based designer—from design and packaging blogs to a nice feature in WIRED.

Knowing all this, do you think Straight To Ale would try to intentionally copy 21st Amendment? 2011 was the 50th anniversary of the astrochimp (named “Ham”, trivia geeks) space launch so it’s probably just one of those ideas that was in the air and primed to be grabbed. Or nabbed.

The more important question is, which can would Princess Leia drink?