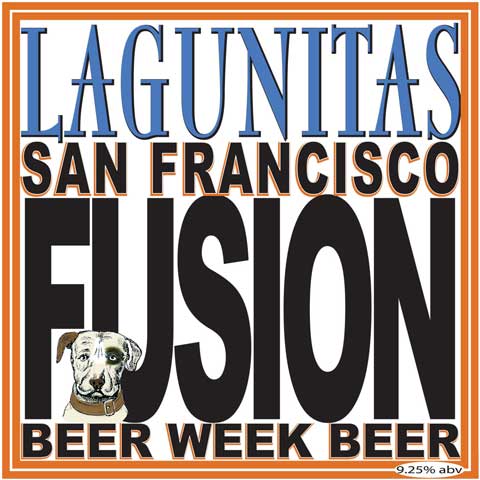 Pics from the collaborative brew day … 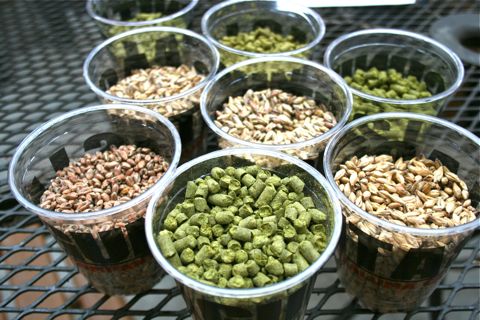 (With hops, malt, and barley. And in this case, a shit-ton more hops.) 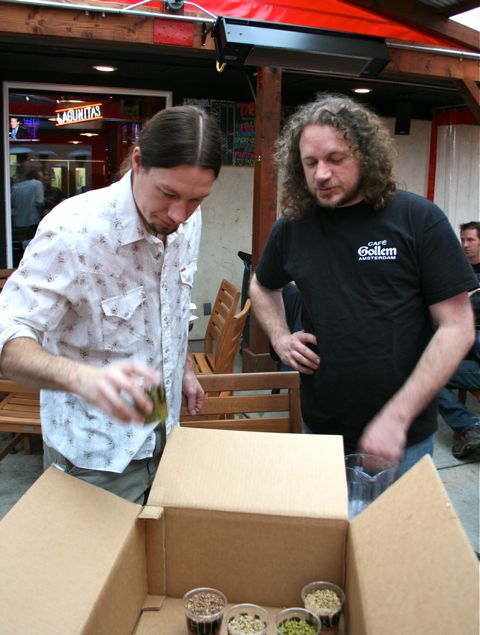 Jeremy obliges his Toronado partner Christian Spybrook, fresh from a trip to Belgium, with his requested selection of hops and malts. Everyone weighed in on this mix.

“This will be the hoppiest beer Lagunitas has ever made.” —Jeremy Marshall

Upon hearing this from a brewer at Lagunitas there was a collective, Whoa. Like so much Keanu. 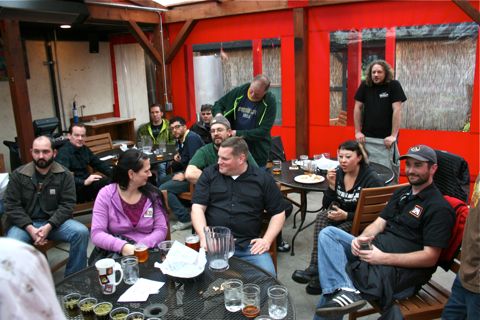 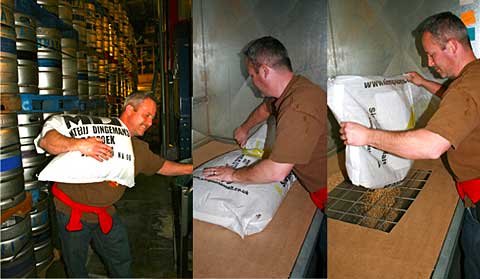 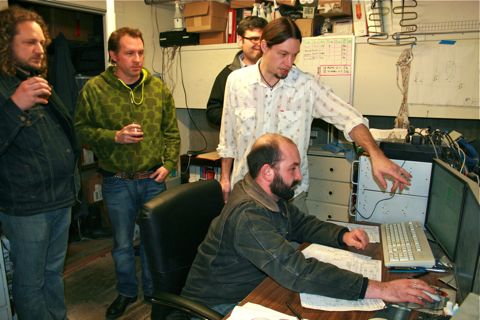 Lagunitas had everyone involved in every part of the process. Josh from Berkeley‘s Bobby G’s Pizzeria got a turn at manning the computer in the fabled brewhouse. 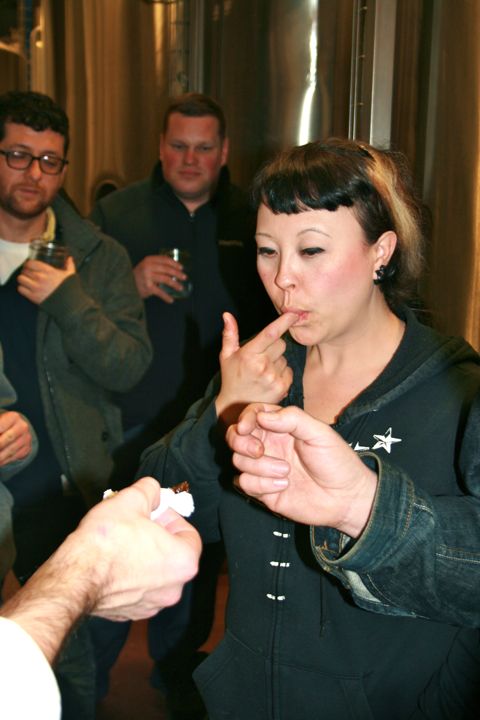 Every try it? We were told horror stories of a guy who got it in his eye. I think it was in Abu Ghraib. 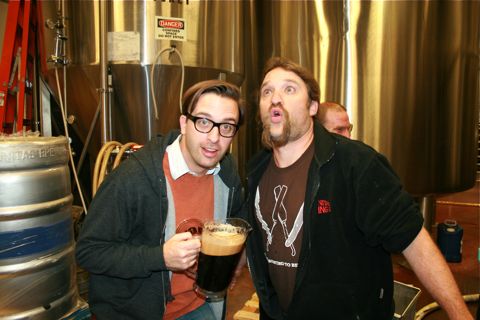 I’m the lucky holder of one pitcher ‘o 18-month bourbon barrel Cappuccino Stout, straight from the kegger. Don Chartier is the lucky loser of one (unrelated) bet, hence his goatee shaved into Lemmy-esque awesomeness. Dig that Petaluma Whiskerino shirt. 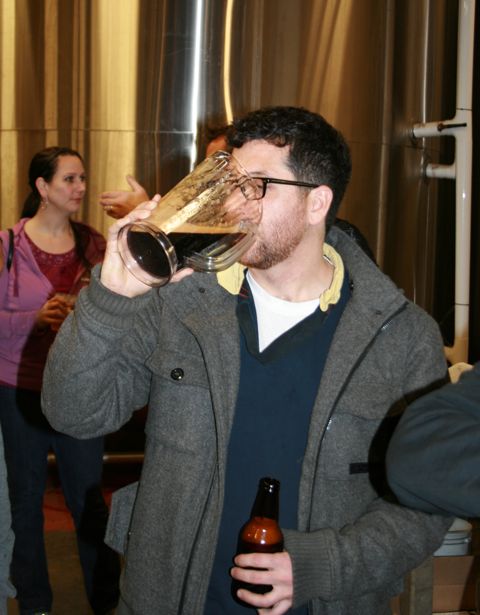 Another lucky publican gets to sample from the barrel-aged well. 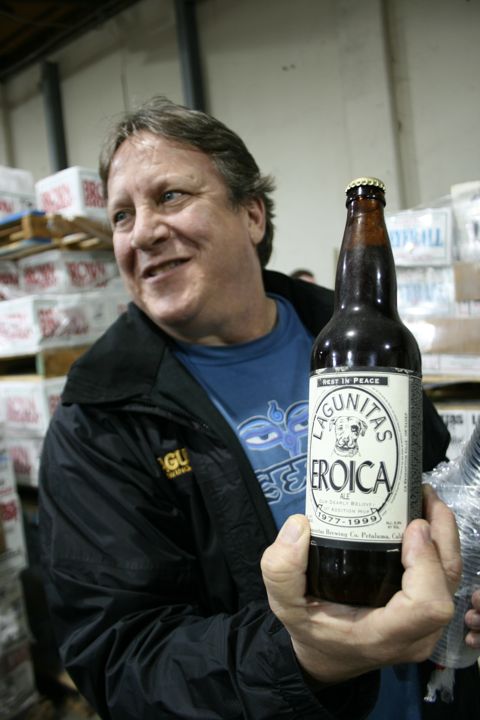 There are unicorn beers and there are pterodactyl beers …

We were lucky enough to try the latter. At the end of the night Head Beer Weasel Ron Lindenbusch and crew walked everyone over to their warehouse of vintage and aged stock and proceeded to pull out some exceedingly rare bottles. Non moreso than, Eroica. The beer was only produced in ’99 and the hop itself is extinct. Like candied dinosaur in a bottle.

For your chance at the soon-to-be-extinct Lagunitas collaboration brew around the Bay, check the SF Beer Week Schedule. And hit up the TapRoom, they’ll have some for their Beer Dinner on the 15th and special pairings all week. Cheers!